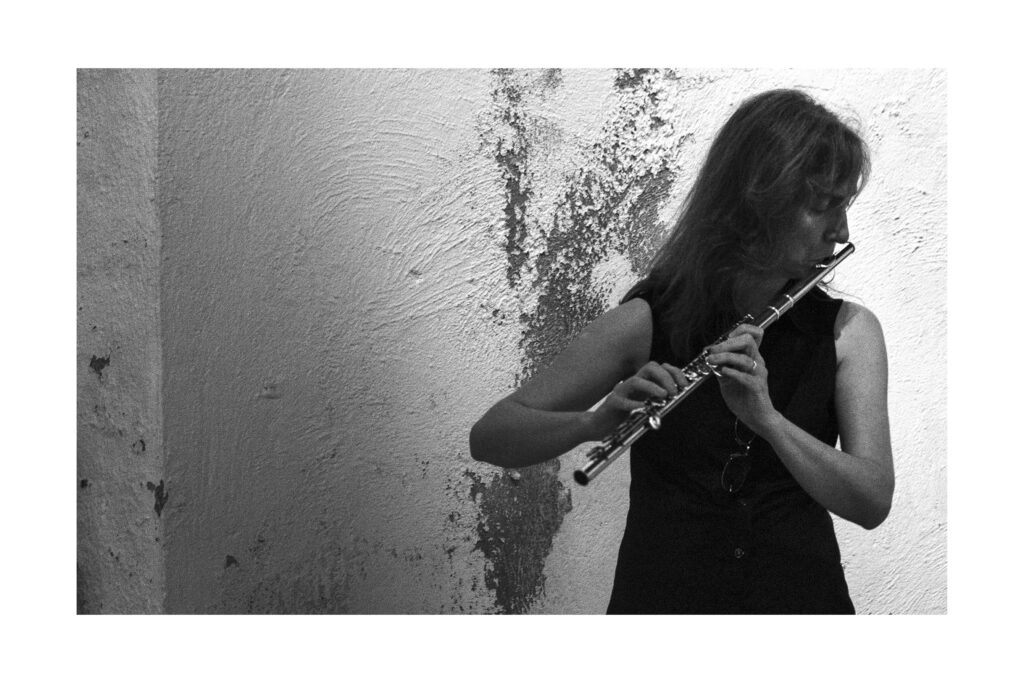 “Claudia Giottoli brings to the stage a refined expressiveness, through a very personal, transparent sound, capable of endless colours without losing its elegance, backed by a sound technical mastery”. This is how the Italian magazine “Musica” reviewed one of her works, the result of a personal research on 20th century Spanish repertoire for flute and piano. The CD, recorded with the pianist Raffaele D’Aniello and edited by “Stradivarius”, was  acclaimed by international trade press (Falaut, The flutist quarterly (USA), Fluit, Flauta y music, Flute Time, Music and Todo flauta). The interest for 20th century music began during her years as a student at the “F. Morlacchi” Conservatory of Music in Perugia, where she gradueted with a first-class degree under the guide of Carlo Morena, and further studies with distinguished flutists like  Conrad Klemm, Alain Marion, Patrick Gallois, Marzio Conti and Michele Marasco.

Her interest for Italian music leads her to devote herself to the research and the circulation of 19th century Italian wind music, repertoire which she recorded for music label “Quadrivium”.

Claudia delivered a number of music recordings, the last of them was the Complete Flute Music by Giacinto Scelsi (2016), a Brilliant CD that received a lot of enthusiastic reviews (The Guardian: “This disc features dauntless performances from Claudia Giottoli, who makes a big, breathy, wholesome kind of sound on the flute”; PAN: This CD is a masterclass in contemporary music performance”). She also took part to the recording of Ravel chamber music for “Brilliant Classics”, contemporary Italian music for “Edipan”, “Ricordi” and “Hyperprism”. As Principal Flute of the “Symphonia Perusina” and “I Solisti di Perugia” chamber orchestra she recorded for “Bongiovanni” and “Camerata Tokyo”. She worked with several Italian orchestras including the Orchestra Sinfonica dell’Umbria and the Orchestra da Camera di Mantova.

She published articles about 20th century flute repertoire on the Italian magazine “Falaut”.

Claudia is Flute Professor at the “F. Morlacchi” Conservatory of Music in Perugia. She holds various summer courses and she is regularly invited to teach at the “Incontro Internazionale per Giovani Musicisti” in Piediluco in Italy. She was invited to hold masterclasses on the Italian flute repertoire in Dubin (Royal Irish Academy of Music) and in Salzburg (Mozarteum).